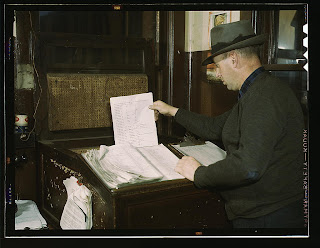 Strangely enough for a person who is so afraid of new situations there's a whole host of things I'd like to try. Writing a sex column once a week for over a year means that I learn more every day about new things. I want to try a lot of them. Not having a partner for the past few years means I need to keep the list of desires up to date and close by in case I ever get a chance to whittle it down.

I wanted to try anal sex for a long while before I finally did. In my heart I wanted to but when a partner presented it to me I still balked. Like I said, afraid of the new. I kept thinking about it. We kept talking. Eventually we tried it and it was...not great. It was awkward and scary and, frankly, kind of uncool. After some more discussion and thought, preparation and plenty of time we tried again and, I gotta tell you, I'm into it. I liked it. I wanted to do it again. It's not something I'd do with just anyone, it's not something I'd do right away with anyone at all but I'd sure do it again with the right person. If you've read my fiction (and the stats indicate that some of you have) then you know I have nothing against the ass play.

Recent research has suggested I'd like to try wearing pasties. Actually three years of marching in the Mermaid Day Parade have suggested that. I priced them while I was shopping for temporary tattoos this year. Damn, they're expensive! But The Beautiful Kind posted pictures of these beauties and my practical side got a swift boot to the head. Perhaps if I save my pennies I'll be sporting some of those next June.

Maybe I'm wrong but I'll bet that anyone who's ever seen Risky Business has thought about having sex on public transportation. I thought it was hot then, I think it's hot now. I've passed many a boring commute by working out the logistics of intercourse on those ugly, plastic seats. Apparently some other New Yorkers were so intrigued they just went for it. Didn't even stop when other passengers got on the train! I don't think I've got that kind of chutzpah but maybe in the heat of the moment having an audience (with cell phone cameras) wouldn't bother me. We may never know.

Hell, I really need to be more proactive about finding a partner to share this list with.

Do you have a list? Will you share some of the desires that are on it? I'd love to hear.
Posted by Kizz at 4:45 AM