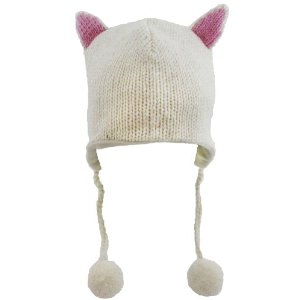 Way back in the 80s I moved to New York City to go to college. I was attending a small drama school within NYU. My core classes had, at most, 15 people in them. It was difficult and glorious and completely weird but I'll never forget those people, that's for sure. A year or so ago one of them was in town and we were shooting the breeze about his life in the Bay Area. He'd been accidentally stumbling upon old schoolmates of ours here and there and mentioned he'd seen Mollena. She had a web site. I might be interested.

I was. I am. I was flabbergasted to see what she'd been up to since she disappeared from my limited vision almost twenty years ago. Mollena was Ms. San Francisco Leather 2009, she's International Ms. Leather 2010 and she's got the same kind of fuzzy hat with ears she used to wear with this long teal coat as we stumbled through the Port Authority far too early every Friday morning of our freshman year. She has been active in the Leather and BDSM communities since 1996 and, even from reading her blog for so short a time, I can tell she's highly respected in all of those communities.

Full disclosure, if that was all there was to it I'd recommend her to you anyway. She's a friend and she's lovely and she's got a lot of information that you might want to have. I wrote her an email last week, after reading her blog for nearly a year, and was nervous that hearing from me would be awkward. Her swift and sure response was to tell me I made her day. Come on, who wouldn't promote the shit out of an old friend like that? Also, what a great time to tell you about the time we were both cast in a dramatization of A Handmaid's Tale. Mollena played the woman who owned the handmaid. The whole sex scene from that play takes on an entirely different sheen now.

But there's more. The girl I knew way back in the way back machine was brash and bold and wouldn't take no for an answer. She held all the reins in both hands and she was driving toward wherever the light was brightest and I always felt a little foolish for not being sure I wanted to be on the trip with her. I have control issues, I'm sure we've established that. Flash forward lo these many years and I tumble face first into Mollena's blog to hear that she's active in the BDSM community as a submissive. Really? I thought I was going to find that really hard to resolve with my memories of her. Fortunately I did what I always do in situations like that, I just kept reading.

The bold, brash, rein-holding girl is still there, of course. She's spending her life now, though, navigating those entwined desires for control and for the complete release of it. Which, you have to know, is something I struggle with all the time. How do you write about being sex positive and urge other people to be confident in their choices and clear in their boundaries while knowing that, deep in your heart, when the clothes come off you want someone else to take the reins? Mollena knows the answer to that question and she's honoring it with her writing, her speaking and her living every day.

Thank heavens I found her again.
Posted by Kizz at 6:46 AM