Finding Your Own Technique

Eden Fantasys had a booth in the Expo Hall at Blogher this year. They were displaying some high end toys and giving gift bags with two different kinds of lower end vibrators. The branded bags were proudly displayed all weekend long and I have overheard countless conversations about how women will be getting their goodies home. Some want them in checked baggage with minimal scrutiny. Some are shipping them home with other swag that won't fit in their luggage. Yesterday I found myself alone in a big conference center bathroom and next to the sink where I washed my hands was a small swag backpack. Curious if it was empty and abandoned or if I should turn it in to lost and found I peeked in the open zipper to see one item, the giveaway vibe. Oh no! I decided to leave it there. I figured either someone was too embarrassed to have it or pass it on and had chosen a lost treasure approach to recycling or they'd want it back but might be too shy to describe it at lost and found.

I'm headed off to Blogher in a few hours but I was reminded of a couple of things this morning. First, I owe a friend a vibe recommendation post. So overdue. I will get on that, so to speak, as soon as possible. Second, I will be in the very same city as the original, awesome Good Vibrations storefront. So going. So. Absolutely. Going. Stay tuned.

In the mean time, would you help me tide my friend over by letting her know what your favorite sex toy is, please? I now live in fear that her current vibe, which is on its last...well, legs, will give up the ghost before I've chimed in about what she should get next. 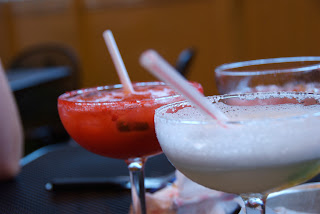 7 Flight Plunge
M/F
Rated: PG-13
**********
Lost. No warning at all. Totally lost.
I’d met him at another party. Maybe it was a concert. Friend’s birthday? We couldn’t recall. We’d only spoken briefly at this party. There was a lull between when I arrived and when everyone else I knew did. As I passed the kitchen I recognized a familiar face and grasped that social straw.
I’m terrible at parties. No, not terrible, I am average at parties. I say vague things and tell minimally interesting stories and every once in a while manage to get off one brilliant joke so people don’t just turn away from me.
That’s happened before. Occasionally people do just stop listening to me, pivot 45 degrees in another direction and leave me hanging. I was so relieved when my friends showed I probably did that to him.
After the songs were sung and the candles blown out and the toasts made everyone’s brains toasty I snuck out. I was too tired for stairs. So I punched the button for the elevator and made myself busy with my phone.
“Been waiting long?” he asked. I hadn't even heard him behind me.
I looked up, less startled because I was more drunk, and he was right there, barely a person’s width away from me. My head swung around and suddenly I was looking right into his eyes. I’m too shy to do that normally.
They were green. A jade green that seemed polished and cool but alive. He wasn’t shy. He was looking directly at me, not turning away. I can’t speak for his mouth but his eyes were smiling.
As usually happens in these situations I was speechless. I got a little unexpected vertigo and fell forward a bit into the eyes. I hadn’t noticed them before. I’m not an eyes person normally. I tend toward hands, sometimes lips or chins. Always something you can see when your head is bowed a little. This time, though, I got caught in the eyes and was suddenly lost. They seemed to want me right where they had me. He was going to pivot in the other direction any second and I’d lose them. I stood up on my tiptoes, braced myself with a hand on his shoulder and kissed him.
He kindly stepped in toward me so I wouldn’t tip over. I felt his hand on my waist, just at the hip, and it didn’t just rest there he held it the way you tighten your hand around something you don’t want to drop. I finished kissing and leaned back ever so slightly then he closed the gap and returned the favor.
Before I wanted it to be over a bell dinged and the elevator doors opened. We each spun a bit to face the arriving carriage. I licked my lips, wondering if I looked kissed but unable to stop grinning. I was a little embarrassed but his hand hadn’t left my hip.
No one was in there.
He guided me into the elevator in quite a gentlemanly way. We turned, as you do, to face front. The doors closed.
At lightning speed we were kissing again. I stabbed my fingers into his loose, curly hair and that hand of his moved off my hip. It came front and I felt a nipple pinched between fingertips. The sweet sting of it made me rise all the way up on my toes. I was vaguely aware of trying to straddle one of his legs. Any second clothes were going to come off. How long did it take to go down 7 flights anyway?
CLACK
The apartment door opened and someone else exited the party. “Been waiting long?” she asked as she rummaged in her stylish purse. She wasn’t looking in anyone’s eyes.
“I’ve only been here a minute and…” he gestured to me.
“Just a couple of minutes, not long at all.” I stammered.
We all turned to face the elevator doors, thinking our own thoughts.
Posted by Kizz at 11:15 AM 5 comments: