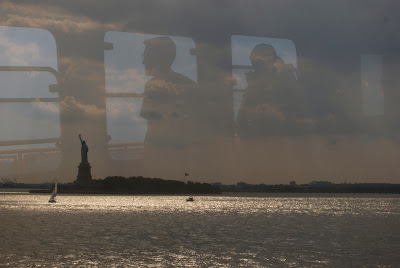 So, I've already told you that I had the good fortune to have coffee with Tony Comstock last week. We had a good, if short, conversation that left my wheels turning full speed. If you think I understand everything that Tony is fighting for in terms of the internet and algorithms and censorship you give me too much credit. On the other hand, the more we talk the more I understand. I think that's the way it's supposed to work. Right? I had two breakthroughs in my understanding last week and I want to share.

The first is why what Tony is doing is important to you.

When I talk about Kizz & Tell I tell people about how the G Spot column started and that the one thing I heard repeatedly from readers was, "No one ever talks about this." It applied to everything from menstruation to manipulation, from vibe toys to emotional vibes, from bondage to blow jobs and I was amazed every time. No, not amazed, kind of angry actually. Sure, I don't talk about these subjects with everyone (well, not until now) but I have always had people I could talk to or internet sites I could check or, if I'm feeling old school, books I could read. To be told over and over that some people either don't have these tools or are feeling shamed about using them is irksome in the extreme.

At their basest level the algorithms that search engines use to filter results are not a bad idea. There's a lot of information out there and we all need help getting to the one result we really want. When these fancy calculations are pointed toward censorship it's also not a terrible idea. I mean, no one wants a kid to be looking up Disney Princesses and stumbling across home video of Walt Disney in nothing but a tiara. However, the filtering is clumsy making the execution of this not so terrible idea truly horrible. 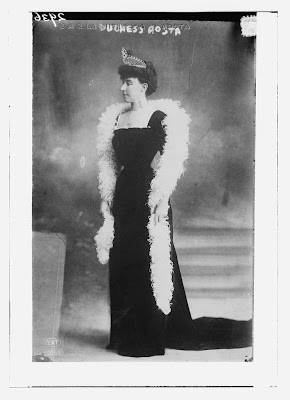 While they are preventing the aforementioned Disney debacle they're also preventing you from coming across other people who want to talk about the subjects you find interesting (like me!). Every time people get naked it's not porn. Every time someone uses the word cunt it's not obscene. You and Tony and I all know this. I think most regular folks do. Somewhere in the morass of information are all the things you want and deserve to discuss. But, without the battle cries of the Tony Comstocks of the world, the time may come when you're not allowed to find them unless you already know where they are.

I'm guessing that won't do you much good at all.*

We are moving toward sex being a positive thing. We're moving toward a society where we aren't using sex just for sales or shame or procreation, toward a world where we admit that sex is something that pretty much everyone participates in to one degree or another. It's not shameful or upsetting or blameworthy. It's wonderful and we're lucky when it's going well and it's not good to hide it, in point of fact it's the hiding that's crippling us.

So, the question of today is, who would you put at the forefront of this movement? What poster person would you have represent all that healthy, open, varied, real sex? It might be a celebrity or it might be your grandma. Could be your neighbor or your state representative. Heck, maybe it's you! I'm going to wait until we get the conversation going before I throw out my choice...s. Partly I don't want to sway your answers but also because I'm having a hard time choosing. I'll meet you in the comments section when I've landed on someone.

*What can you do to help and support Tony's efforts? You can purchase his wares which helps fund the fight and let sellers know that his work is in demand. You can go over to his blog, read and comment. Getting more people into the conversation is vital. He also told me that the company could really be boosted by some more reviews on Amazon. So if you're familiar with the Comstocks' work and could write a review that would be awesome. (Also stay tuned for a Comstock giveaway in this space, I want to share the bounty I received.) Last but not least Tony has cut together You Tube compliant versions of a couple of their titles. If you're interested in viewing those please also leave a comment or I believe there's some sort of like button you could hit, too. I myself, am not particularly You Tube compliant so I'm not up on the details. Thanks for asking!
Posted by Kizz at 7:15 AM