As many of you know, the inspiration for our Monday conversations comes from a column I wrote at The Women's Colony. I plan to reprint all those posts over time. For the past couple of weeks I've been talking about Kizz & Tell a lot and in the telling I've mentioned the following column almost every time. I thought it would be a good idea to post it here in case we've got more to say on the subject. 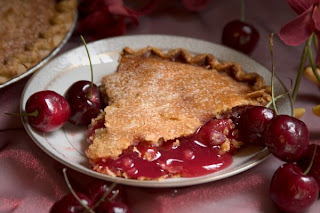 I had a very bloody day last week. I get these nosebleeds sometimes. Usually they're bad but not horrible. On this day, though, while I was sitting at my desk finishing up my lunch my nose just started to bleed and would not stop. I had to delegate some of my responsibilities, repair to the lounge area of the ladies' room (decorated all in white, by the by) and ask the receptionist to bring me a bag of ice. At one point I began to think about how long I'd been in there valiantly trying not to bleed on the bleached white decor and I realized that I had no idea which emergency room was closest to the office and where exactly any ERs were located because I seriously thought I might need to go. Fortunately the ice did its thing before I had to work that out. But not before I bled nose blood onto the crotch of my jeans. At least the type of blood was a novelty.

After a very careful afternoon and evening I got ready for bed. Surprise! Got my period, too. Apparently just too full of blood, had to jettison as much as possible in 12 hours.

Funnily enough between blood lettings I'd been watching Californication. It's that Showtime series where self-described sex addict, David Duchovny, plays a fiction writer who may be a sex addict. In one of the episodes Justine Bateman puts the make on him - he's a borderline sex addict, she has to work exactly as hard as cocking an eyebrow - and they wind up in bed together. She's a bit of a confessor. She confesses to not having had sex in a while. A few kisses later she admits that she hasn't landscaped her landing strip in quite some time. Finally she gets around to the fact that she has her period. Duchovny's character, Hank Moody, is undeterred by any of it. Without protesting too much he remarks on something to love about both a fully grown bush and a little extra color. If he objects to anything it seems to be her constant chatter. 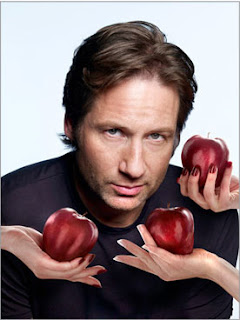 I couldn't do it. I don't get naked when I'm bleeding. Maybe at the very tail end of the situation when you could pass it off as surprise spotting but not when it's in full swing. Now perhaps I'm just a copious bleeder. Given how my day went last week I'm thinking that's a safe bet. I seem to be in the minority of commenters on last week's virginity post who bled when I first had intercourse. For the record, though, I bleed like a slaughtered animal every month. As I've grown older it's shifted a bit. I used to bleed heavily for up to 4 days of the 7 day process. Now I bleed heavily for between 2 and 3 days of the 7 but on one of those days it's often hard for me to get through my commute without an accident the flow is such close kin to a rushing river. And I probably shouldn't mention it but if I won't who will? The chunks! There are bits...and pieces...of....lining I suppose, or clots, it's hard to tell and it's probably a bit of both. Plus pain. About 70% of the time the pain is enough to impair my daily function, though not to put me completely out of commission. I'm sure that orgasm would help the pain immensely but I cannot imagine a way in which I could negotiate a sexual encounter, much less a casual one, with all that going on.

In Californication they later make a quick joke out of Hank's stained prick. If it were me how would he explain his stained groin, thighs, buttocks and knees? Just call me Buckets - o - Blood.

I'm a sanitary napkin girl. Along with being anti-douche (not just the people, also the practice) I've never been a tampon girl. I know many a devoted advocate of the diva cup but please refer to the gory mess I describe above for my, perhaps unfounded, objections. For me, all of this is just for me, I'm all for other people doing what works for them. I can see how the diva cup could be a good option for sex, unless it were to be...dislodged in some way. Just guessing that having one's diva cup runneth over could be dicey. 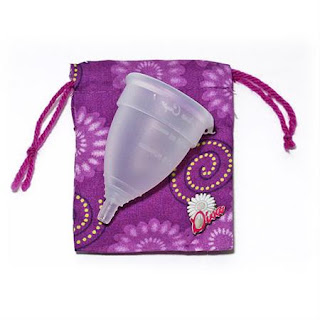 Not being willing to give in to the nature of the beast, as it were, makes me feel quite vanilla. I feel a bit prudish and ridiculous, especially because it's not something I'm squeamish about on a partner's behalf but on my own. The idea of all that muck oozing around is somehow completely different to me than the idea of non-menstrual, juicy, excited muck oozing around. Because the flip side is, I get really wet when I'm excited. If I plan to go commando for illicit sexual purposes I have to pack a pair of panties for after because if I don't someone is going to notice my ankles glistening. It's something I try to be aware of.

Anyway, how are you feeling after setting the bar just a bit higher into TMI territory? Can we talk? How do you feel about the mid-menstrual mambo? What am I missing?
Posted by Kizz at 6:32 AM