Before The Cock Crows 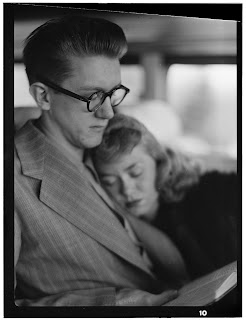 At least with other people.

In part this may be due to lucky choice of partners. I lived with a guy who could fall asleep mid-sentence. Our bedroom was set up with the TV alongside the bed so we'd spoon to watch things. At some point he'd say, "I'm going to sleep now." As little as 30 seconds later something funny might happen on screen and I'd laugh and mention it to him only to find him absolutely dead asleep and unwakeable. It was like a circus trick...in the world's most boring circus.

I have punked out on myself, though. Once I actually get into bed I'm on a relatively tight schedule. If I go to sleep within 15 minutes or so I'll get the requisite 7+ hours sleep that keep me from being a monster. (I have a dog. I live alone. More than 8 hours of sleep are a thing of the past because I must do both the last walk of the night at 11pm and the first walk of the morning at 6:30 after my shower.) Sometimes I'll get a hankering and I'll think, "Well, you could just rub one out really quick before you go to sleep. You don't have to read a chapter of [insert name of intense, highbrow novel here to make me look good] tonight."

Or is that just me?

No, really, is that just me? Have you ever fallen asleep and disappointed yourself or someone else? Misery loves company and this morning? I'm a little miserable.
Posted by Kizz at 8:42 AM