Not That First Time 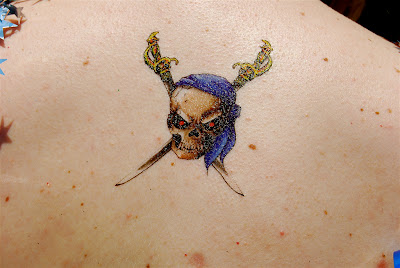 I'm trying these days to be more interactive with my internet. I've been urging myself to volunteer for things, to make more comments, to speak up even when I don't think what I have to say is especially exciting. That's why I spoke up when AAG asked if anyone would like to review a web site for one of her clients. Perfect way to make a one on one connection and learn about a new site and get myself out of my shell.

Now to explain why I'm writing this review of SexForums.com four days late.

I knew nothing about the site I'd be reviewing when I agreed. That's not a bad thing, I think it's kind of good for the way I'm wired. If I don't know what it is I can't come up with all the reasons I'm not right for the job.

The first thing I needed to do was register as a member of the site (super easy, you can get away with basically entering a username and password but you can also elaborate on who you are and what you're looking for to focus the kind of suggestions the site will offer you) and forward that info back to AAG so I could be upgraded to a VIP for the duration of the review process (regularly starting at $8.33/month). I got a quick look around the site and was, predictably, overwhelmed.

Here we go back to my history. I'm unpracticed with forums. The most time I've ever spent on them has been in a fanfiction context and there I mostly skimmed the conversation and just read the stories. When I search for erotic writing or imagery online I generally fall into a rabbit hole jumping from site to site when a story, picture or blog entry strikes my fancy. I've never tried to have conversations or form connections in this way before. I've tried two internet dating sites. On one I didn't even get through the extensive registration process and the other one I got through that part and read a couple of profiles of my matches and have now lost my log in information and not signed in again. All of which makes me the best person to review SexForums, because I am about the freshest pair of eyes you can get, and the worst, because I don't even know what I'm looking for. I'm choosing to go with my strengths, though, and just tell you what I see.

I was intimidated by the site because it's new to me so I found a ton of excuses to put off my exploration and then it was Thanksgiving and then I got sick and then I was a coward and finally today after a heroic effort of memory to recall my password (Beware if you're a hotmail user, for some reason SexForums and hotmail had trouble communicating. They have my email address entered properly but it takes a long while for me to get communications and their system registers an error when it tries to send to me.) I spent a few hours poking around the site, if you'll pardon the expression, and I had a lot of fun.

The novelty factor is, for sure, in play to some extent. The way I'm wired might mean I wouldn't come back regularly but I sure would have a good time while I was there. (Note to self: write down your damn login info.) Now, I don't know how many of the readers here have ever played on a sexual social networking site before so forgive me if I'm covering familiar ground but let me give you an overview.

You create a profile and you can tell people what you're like personally, professionally and sexually (sort of like you'd do on any special interest social networking site like GoodReads or Blogher or Ning). You can then explore the forum conversations, share photographs, live chat with other users, be matched with others with like interests, start a blog or just browse other people doing all these things. It's a lot of information. I went to photos first because I happened to get an alert about the recommended photos of the day. I toured four or five pages of photos and found a little bit of everything, from explicit sexual contact to close ups of genitals to titillating but hardly X-rated boudoir shots. Something for everyone, probably, but the recommended shots were heavily weighted toward women's bodies and faces. I don't think I saw one male face and not much more than penises and balls. My settings are leaning toward straight and bi-curious settings, though, so I think if things were a little different I might have come across more man on man action and more full body shots of men. 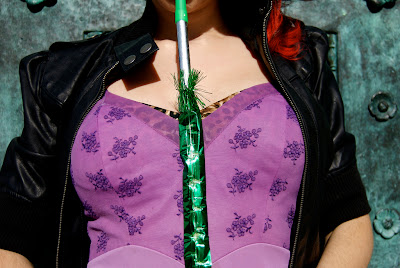 From there I checked out a couple of people's profiles and blogs and I started to get the feeling I was too old to be playing in this pond. In my random searching most members were barely into their 20s aside from one gentleman in his 50s whose profile picture is of a tortoise. I did not know how to take that last bit at all. There was a lot of text-speak and bad grammar and poorly written come on lines that were a turn off for me. Which is not even to speak of the animated gifs and fancy emoticons.

I understood I was casting the net wide so I headed off to my profile and searched for people in my age group. First I tried men from 34 to 52 (don't know why, that was my random approximation of appropriate ages for me) living in the US and turned up three gentlemen. One of them was a guy down South who featured himself being given a blowjob in nearly every photograph. His forum posts and personal description pegged him as someone I'd walk away from in a bar even before he made his obligatory "joke" about women being barefoot, pregnant and ideally toothless. I was not encouraged. I widened my search range to ten years on either side of my own age, so 32 - 52, and scored one more guy. From his photos he's built like the governor of CA in his heyday, he's also articulate, and filled in some blanks about his career and personal feelings as well as his sexual ones. He put the hope right back in me, though I was sad that there was only one of him in my self-imposed age range. I'm realizing as I write this that I limited myself in another way that I can go back and check on. SexForums seems to have a relatively deep international base as well. If I release my geographic restrictions I might find a lot more fish in this particular sea.

That thread lead me to the profile of a woman who I'd like to be my SexForums fairy godsister. She's young enough to be my daughter but let's go with sister for this situation. She's a young, bisexual woman who seems to have some experience as a dominatrix. She writes well and seems knowledgeable about all things sex and social media. You know how new waiters trail an experienced one before going solo, I feel like I should stalk her a bit but not in a creepy way, more in a trailing wait staff kind of way until I see where the people I click with hang out on this site and how I can best get to know them. 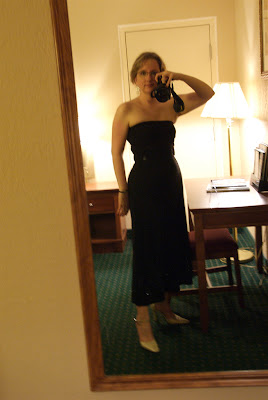 All that being said I think this is an aspect of sexuality online that I'd like to explore in some more depth and this seems like a good place to do so. In a relatively short time I was able to find an area of the community where I felt comfortable and was easily able to overcome my shyness and respond to my questioner. I don't know how quick I'll be to post revealing photos of myself but I'm grateful that others don't share my reticence because I sure did like looking at them. Sometimes you run into sites with photos and videos of people who don't seem as though they're having much fun. Since all the sharing here is by members and therefore presumably consensual there's a much lighter vibe about it.

The question of pricing can't be overlooked. I was allowed a free peek into a higher level of service. If you've read here for any length of time you know that I'm notoriously worried about money and reluctant to spend on myself. If I was freer in this respect I'd own everything NJoy makes. Due to that I suspect I wouldn't have tried this without the reviewing option and I can't speak to how this pricing compares to other sites (if anyone else can speak to that please do in the comments!).

I look forward to spending more time on the site. Please let me know if you try it out, I'd be interested to hear about other experiences.

Dang, I got so wrapped up in my own thing I nearly forgot the conversation starters. Have you ever explored a site like this? If so do you have any suggestions for me? If you haven't, do you think you would? How much do you think you'd be willing to share?
Posted by Kizz at 3:24 PM