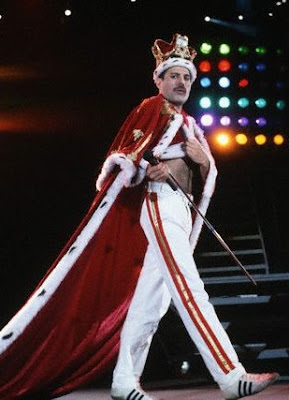 I grew up in a smallish New England town. It wasn't that I didn't know that AIDS existed, it's that it happened to other people. We were both informed and isolationist, a charming combination. Then in 1987 I came to New York City to go to college majoring in Theatre. You can't isolate yourself from AIDS in that career track, especially not in the late 80s. Fully half of my class welcome lectures involved discussion of the epidemic, safer sex practices and the fact that being young or straight or female didn't exempt you from being dead. I don't know what the statistic is now but when I moved to New York the fastest growing demographic of HIV+ people were women ages 18-24. I was 18.

In the non-linear way of memory I think of Freddie Mercury as being the first person I knew, even from afar, who had AIDS and who died from complications thereof. I just looked up the timeline, he died in 1991, so I'm sure that's not true now but he holds that sad, strange place in my heart. I'm not very current with music ever. I tend to get sidetracked into show tunes and folk and whatever I just heard on a TV show but I loved Freddie Mercury. I loved what he sounded like and how he looked and where his music went. It was just dramatic enough for an anxiety-prone, intelligent teenager with a love of the stage. I loved him no more, though, than all the people who have come into my life after he did and struggled with this disease and, ultimately, left to go join Freddie at whatever Live Aid concert is happening in the great beyond. 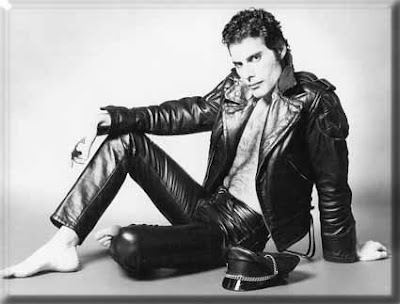 Whether you personally know someone who has come face to face with HIV and AIDS or not I'm willing to bet you have a Freddie Mercury. Your Freddie may be straight or Hispanic or transgendered or anything that Queen's Freddie was or wasn't but they mean something dear to you. While it's important for us to honor them in our actions all year round today, World AIDS Day, is a fine chance to step up our game. I thought of a couple of things we could do.

Have you been tested lately? The National HIV and STD testing resource gives some guidance for that emotional step. I've been tested a couple of times and, it turns out, that whether you do it in person or by mail it's never less nervewracking but it's good to know. Knowledge, as they say, is power. 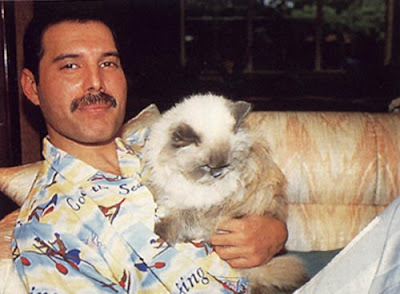 I don't know enough about AIDS related charities to recommend just one to you. I like Charity Navigator, though, for when I'm choosing a resource to support. Here is a link to a search on their site of "AIDS" sorted by rating from highest to lowest. I know we're in a tough economy and hurtling into a season of sometimes irrational spending but, as they told me when I started at NYU, being [fill in any descriptor] doesn't exempt you from being dead.

It's more than a bicycle race. We are the champions who will play the game against this killer queen. Let's take this opportunity to find somebody to love before another one bites the dust. Together, I promise, we will rock you.