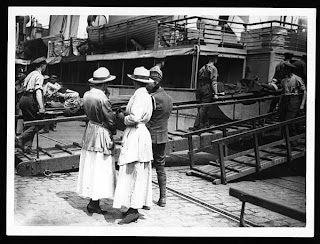 I don't know how many of you know the origins of this site but I think now's a good time for a quick refresher. When Mrs. G founded a community blog called the Women's Colony she, rightly, thought that a sex blogger would be a good piece of the puzzle. She already had a team of fantastic writers so she (I assume, I wasn't there but this is the impression I got) asked around to see who wanted to grab that apple off the tree and everyone politely declined. We'd met in person and we were blog friends so she asked me if I would do it. I don't know if she knew before that offer that it's something I'd been interested in for a long time.

So I joined the Colony Crew and loved writing the G Spot column even on the days when I hated it. Mrs. G was right, it was a really popular section. It was not, however, a column that always got a ton of comments. People were reading but they were keeping mum. They seemed shy to talk about sex in general as well as online. We made some decisions about encouraging anonymity for comments if it made people feel more comfortable and the discussions opened up a lot. I'm sorry that, when the site closed, those comments were lost because I learned a lot. Some lessons were easier to accept than others, sure, but I was grateful to learn them anyway. After getting to know and trust me as a moderator and with the ability to post anonymously our readers were extremely brave and giving which led me to keep the conversations going here, albeit sporadically, after the Women's Colony was no more.

Today blogging Titan, Sweetney, opened up a conversation about moms and sex. In part she wonders if any moms are having sex because they aren't really talking about it. She was surprised to find that the majority of commenters are emailing her their answers. I'm not surprised but I'm glad that her readers trust her enough to talk to her about it even if they want to stay anonymous to the larger internet. I encourage you to check out the post if you haven't already. Let's talk!
Posted by Kizz at 1:24 PM